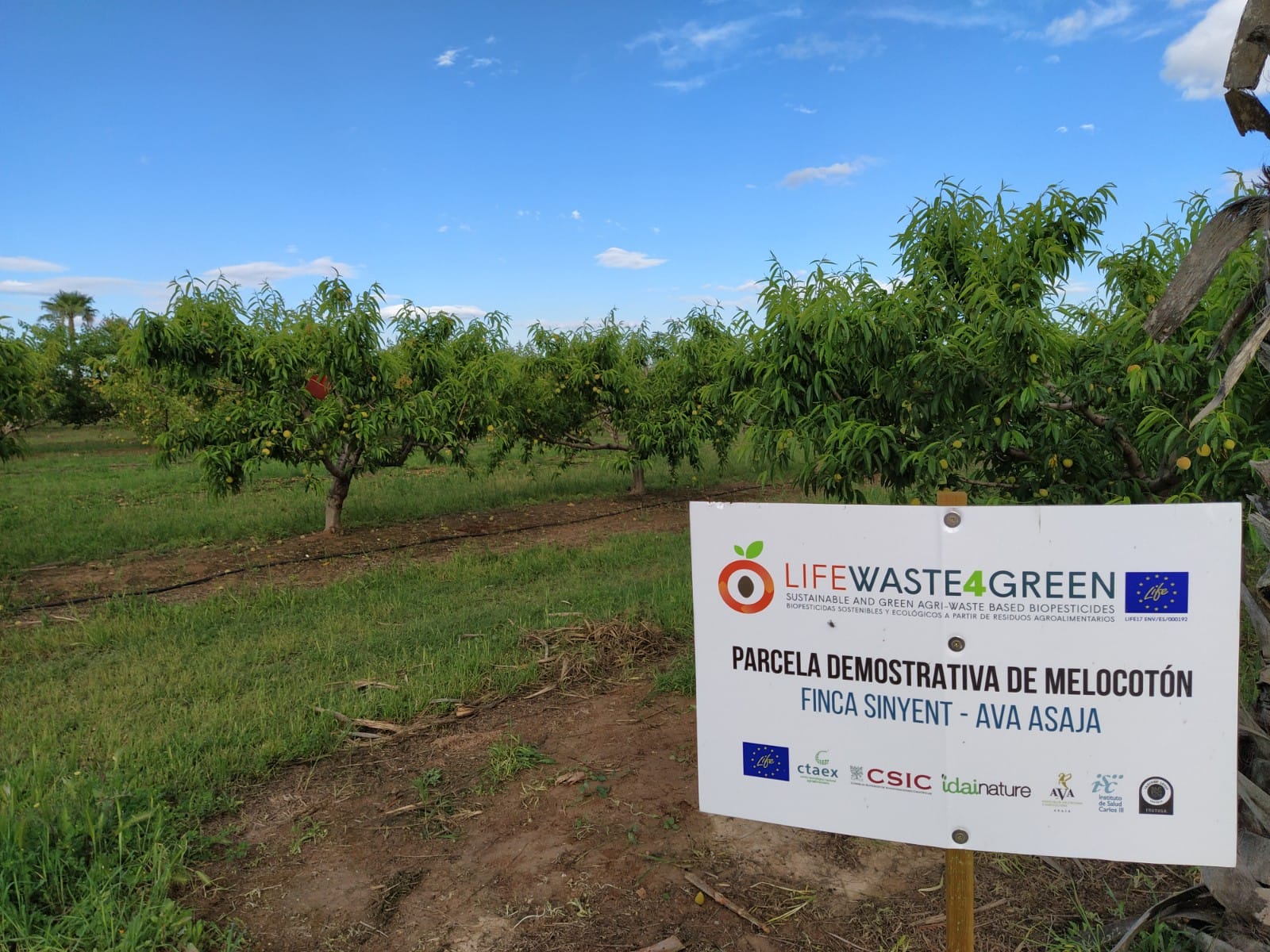 Effectiveness of field formulations in the 2021 campaign


In this season, very positive results have been obtained, as the formulations have shown similar or even higher levels of efficacy against pests and diseases than the usual phytosanitary products, maintaining agronomic yields and fruit quality, and observing a reduction in pesticide residues both in the soil and in the leaching water of the trial fields evaluated.

Once the new formulations have been developed, the validation of their use in the field has begun during the 2021 campaign. Although the project initially envisaged obtaining two formulations and validating them on a single stone fruit crop, three formulations have finally been obtained, and the partners involved in this action have considered it of great interest to increase the number of crops, testing the Waste4Green formulations on peach, peach saturnal and plum.

In this action, for each crop, different application doses of the formulations have been evaluated and compared with a control thesis that corresponds to integrated production management, in which chemical pesticides are usually used.

The trials carried out in this campaign have taken place in the experimental farm of the AVA-ASAJA project, which has focused on the application of the new formulations, the correct development of the crop cycle (fertilisation, irrigation, pruning, etc.), the objective monitoring of pests and diseases, and has collaborated with CTAEX in obtaining agronomic yields.

CTAEX has also been responsible for physiological and nutritional monitoring of the crops, analysis of pesticide residues in the soil and leaching water, obtaining yield parameters, analysing fruit quality and carrying out conservation tests. 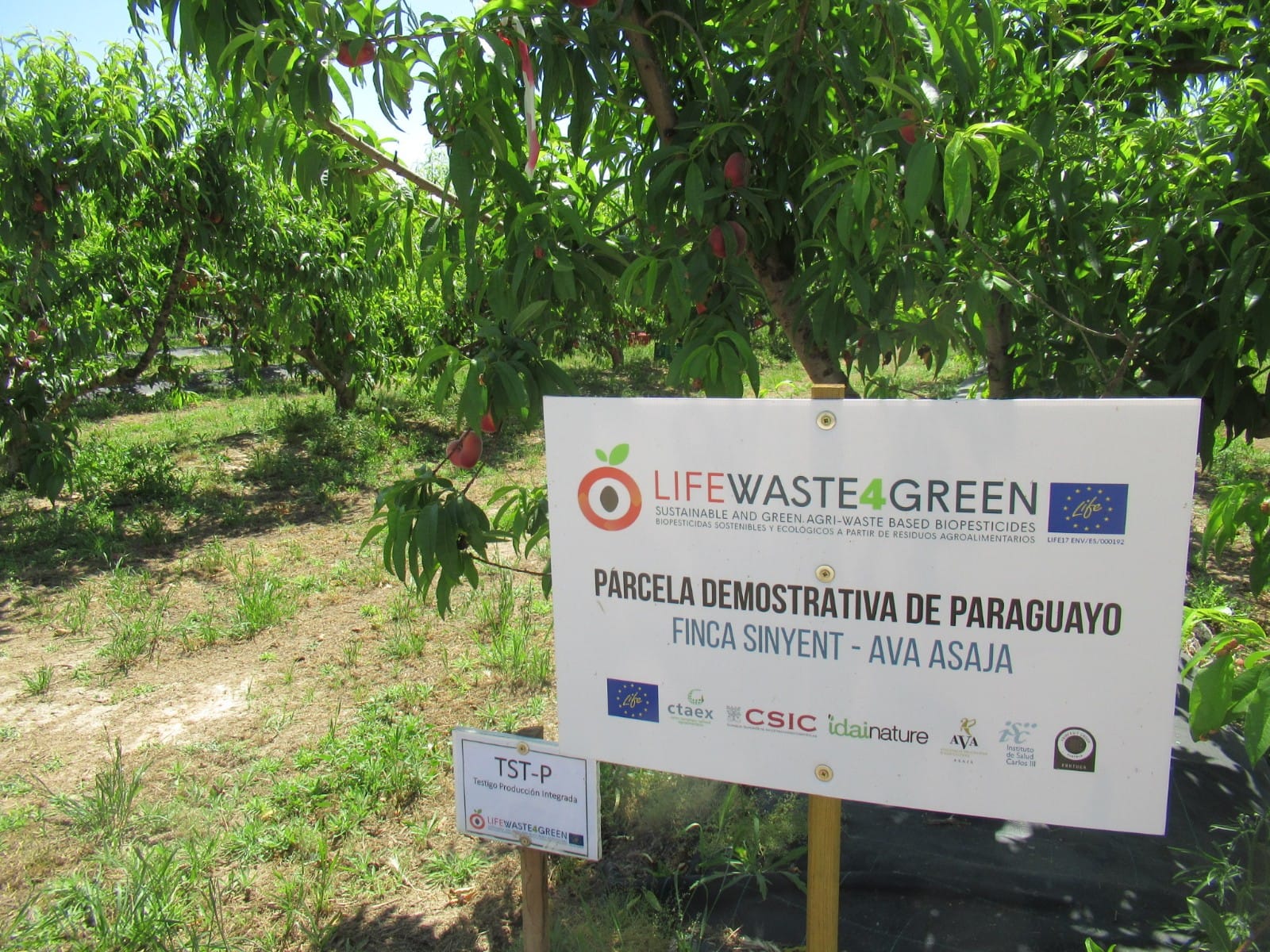 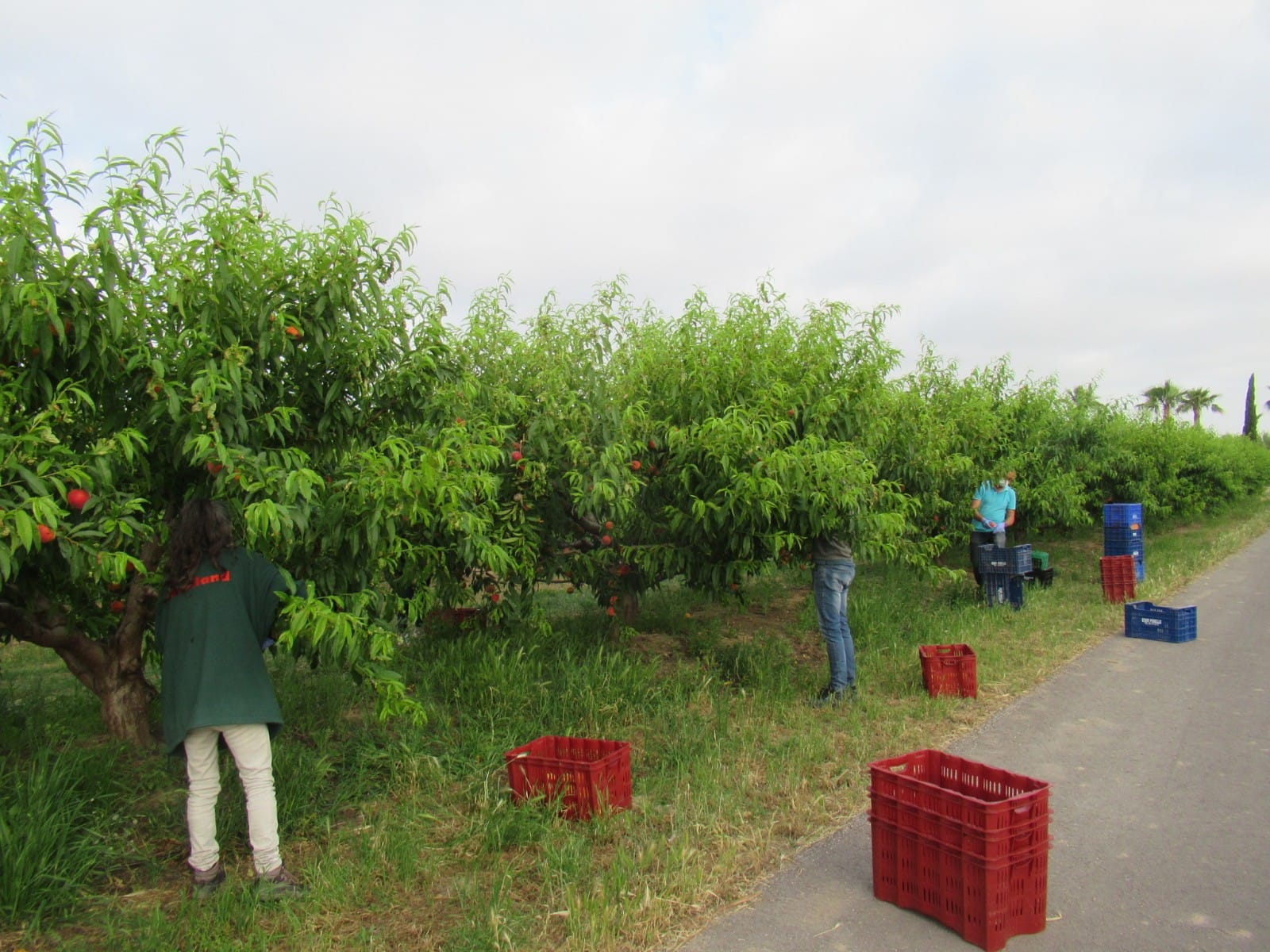 In general, very positive results have been obtained. In the control of pests and diseases, the formulations have shown similar, and in some cases higher, levels of efficacy than the chemical plant protection products normally used against these objectives. This efficacy has been translated into a maintenance of agronomic yields and fruit quality, and a decrease in the concentration of pesticide residues in the soil and leaching water of the trial fields evaluated.

These results should be consolidated in the second agricultural season of 2022, and in the next one its use will be replicated in other areas of the European Union (Portugal and Italy) and in other crops (tomato for processing, in the experimental farm of CTAEX).